Every day across the globe, millions of people’s lives are severely impacted by the effects of arthritis. However, while most people will be aware that the condition targets the joints and ligaments in the body, there are various forms of arthritis. Rheumatoid is one of the most common forms, but Septic Arthritis can be particularly dangerous and occurs more often in children than it does in adults.

What is Septic Arthritis, though? How can it impact the body? We thought we would take a closer look at what the condition is, how it occurs, and what individuals can do to reduce the risk and symptoms of the disease.

What is Septic Arthritis?

Septic Arthritis, or infectious arthritis as it is often referred to, is typically caused by some form of bacterial infection. However, it can also be caused by a virus or fungus infection. Most commonly found in children, it is still a condition that can impact many adults.

As the bacteria or viral infection works its way through the bloodstream, it heads towards the joints, where it can then cause inflammation. However, Septic Arthritis can also be caused by injury, surgery, or even an injection to the body.

Most commonly, Septic Arthritis will target one large joint in the body, usually the hip or knee. It is very rare that it will target multiple joints – although it is not impossible. 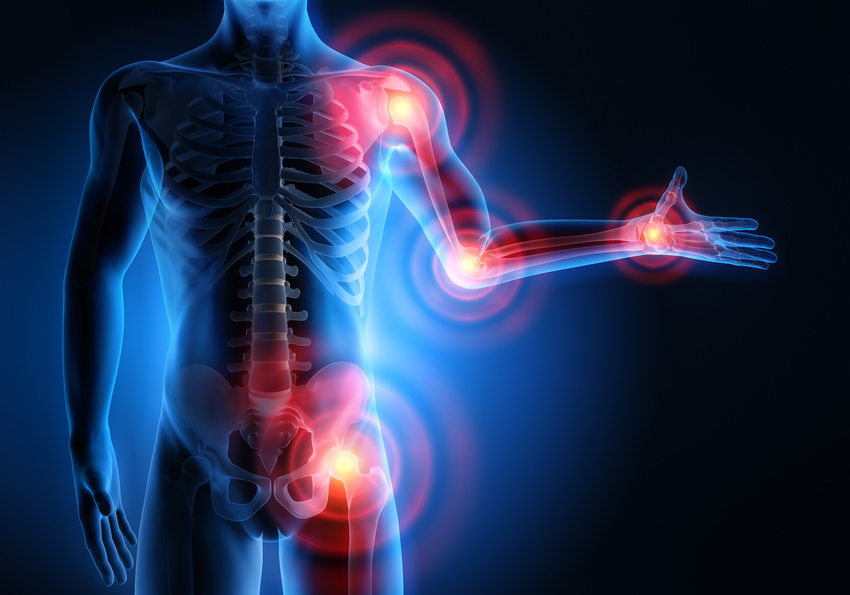 This is a type of bacteria that is particularly common and is known to cause a range of skin infections.

This is another type of bacteria, and it most commonly infects the trachea, bronchi, or larynx.

This group of bacteria can target various parts of the body, and the group includes E. Coli.

This bacteria is common in both adults and children and is known to be a direct cause of acute Septic Arthritis.

This is the bacteria that causes gonorrhea and is a very common pathogen for Septic Arthritis.

Of course, these are not the only causes of the condition, and viruses such as Hepatitis A, B, and C, alongside Parvovirus B19, HIV, and Adenovirus, are also very common. Fungus such as Histoplasma, Blastomyces, and coccidiomycosis are also leading causes of Septic Arthritis.

Who is at risk for Septic Arthritis?

Septic Arthritis can impact anyone, but young children and elderly adults are the most at risk of developing the condition. However, anyone with an open wound is also at a far higher risk of suffering from Septic Arthritis.

Equally at risk are those people who have a weakened immune system as well as those who are currently living with conditions such as diabetes, immune deficiency, and cancer. Individuals with a history of intravenous drug use are also at a higher risk of developing Septic Arthritis, as are those who have previously damaged their joints. 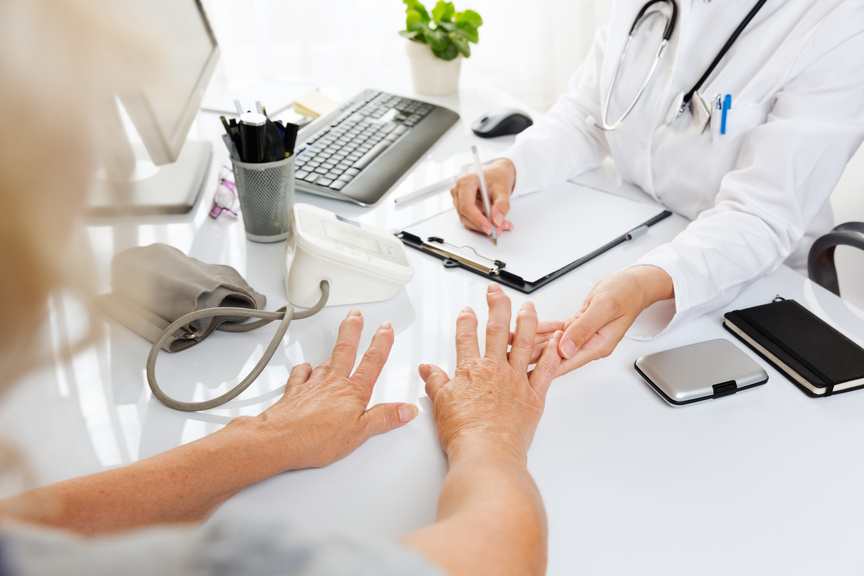 What are the symptoms of Septic Arthritis?

There are many different symptoms of Septic Arthritis, and being able to identify these conditions sooner rather than later can help to reduce the impact it has on your body. That said, it can develop rapidly, most likely with intense pain and joint swelling that is accompanied by a fever.

Some of the most common symptoms of Septic Arthritis include:

How is Septic Arthritis diagnosed?

If an individual is experiencing any of the above symptoms, then they should seek professional medical advice as soon as possible. The medical professional will then undertake a procedure known as arthrocentesis, which is able to confirm the diagnosis.

This procedure requires creating a surgical puncture into the joint and drawing a small sample of synovial fluid from it. Traditionally, this fluid acts as a sterile as well as helping to lubricate the joint. Once the fluid has been removed, it is then sent to a laboratory that will evaluate it. To do this, they will first perform a white cell count before trying to culture bacteria or organisms. With this information, the specialists will then be able to determine the cause of the infection. 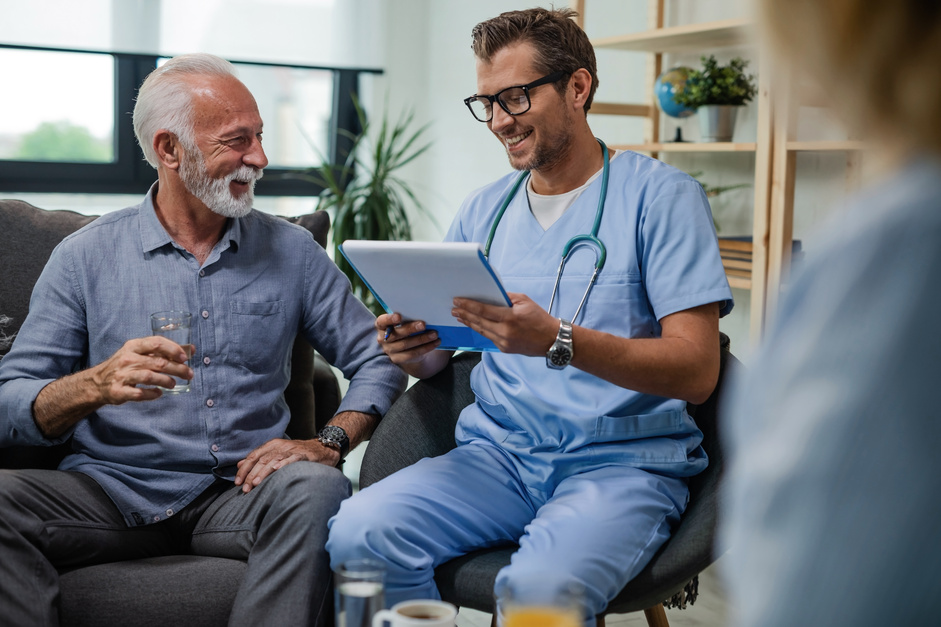 How is Septic Arthritis treated?

Once Septic Arthritis has been diagnosed, the doctor will then be able to start treating the condition. Depending on the severity of the infection, the most common form of treatment is following a course of antibiotics, which will help to reduce the inflammation and discomfort. In the most severe cases, the doctor may also drain the infected synovial fluid from the joint.

In some of the most severe cases of Septic Arthritis, your doctor may decide to administer antibiotics directly to the infected joint, and occasionally it may require admission to a hospital in order to remove the infection.

Typically, it can take up to six weeks for the infection to be completely eradicated and the joint to resume normal function. However, if left untreated, then Septic Arthritis can result in the destruction of the joint cartilage, which can create permanent damage and years of discomfort and inflammation.

Need support for your arthritis?

Arthritis can impact any of us, severely reducing your mobility and preventing you from being able to enjoy the things that you love most. Here at JointFuel360, our mission is to help you get moving again, reducing the inflammation and discomfort most commonly associated with the condition.

Our all-natural joint supplement has been developed by Jupiter Laboratories with the sole aim of helping alleviate discomfort, reduce inflammation and improve flexibility in your joints. Proven to help promote stronger joints from within, our customers have begun to notice improvements in as little as seven days.

Containing no drugs, chondroitin, or glucosamine, our completely natural supplement is able to get you back on your feet and participating in the things that you love most. Want to find out more about our JointFuel360 supplement? You can learn more about it here or get in touch with one of our friendly team today, who will be happy to help answer any questions you might have.

Why Salt Is Dangerous for Joints

WE ARE ALSO ON 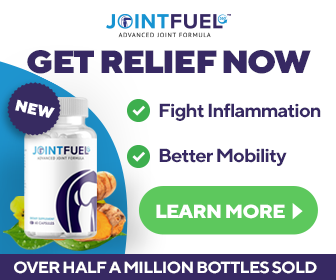 Dancing is Amazing for Joint Pain